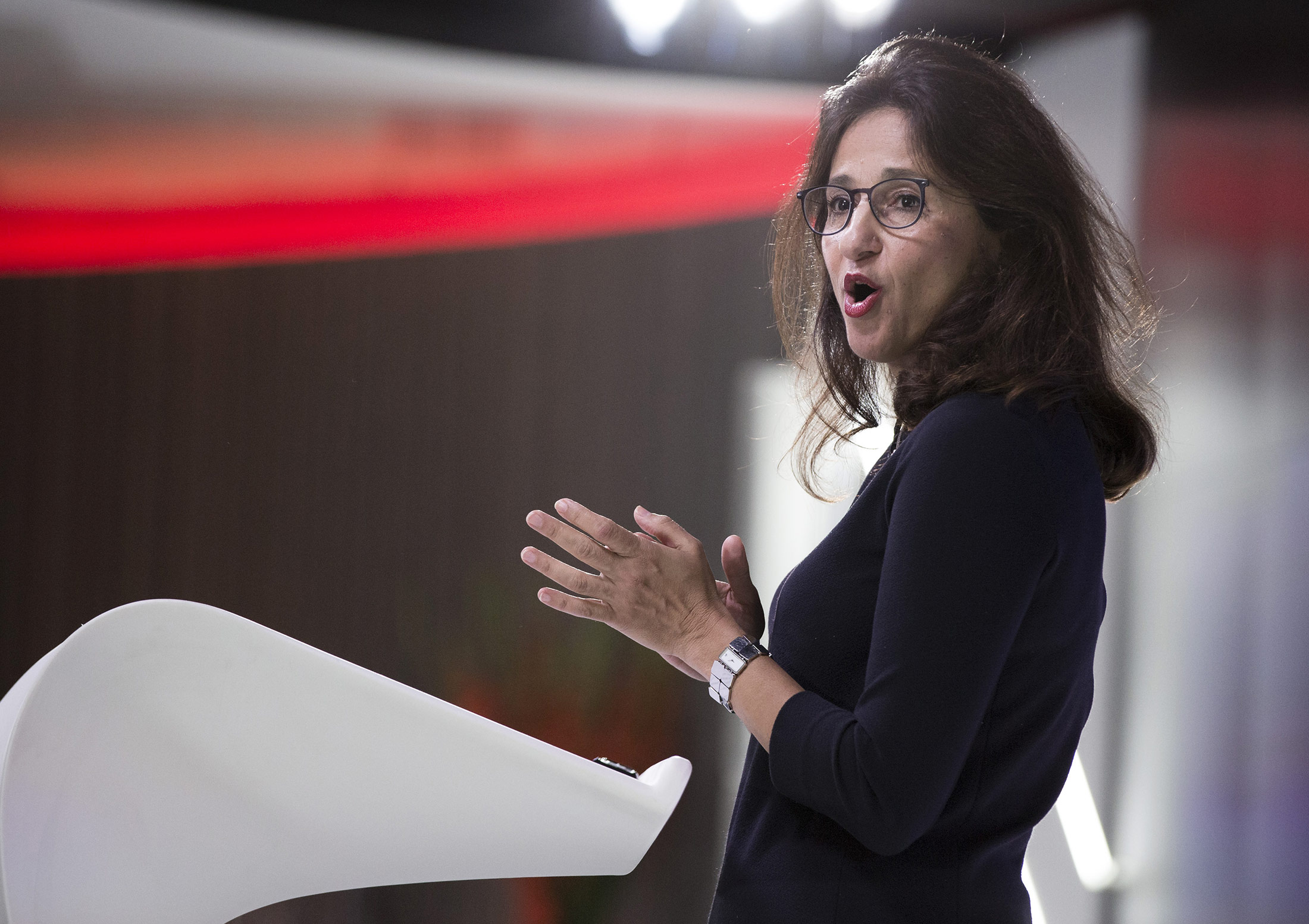 What do the most influential people in the world’s most important markets think about Brexit?

Sign up to receive the Brexit Bulletin in your inbox.

Brexit was a hot topic at the Bloomberg Markets Most Influential Summit, which is taking place today across three continents.

In London, Bank of England Governor Minouche Shafik said officials could opt for more easing of monetary policy as early as their Nov. 3 meeting, even before the U.K. government outlines its fiscal plan. She described Brexit as a “sizable” shock for the economy.

“If we have data prior to that which signals that stimulus is needed, we will obviously act,” Shafik told Bloomberg News Editor-in-Chief John Micklethwait. “I’d much rather be on the front foot and act preemptively, than be on the back foot and do too little too late.”

Credit Suisse CEO Tidjane Thiam said 15 percent to 20 percent of his London business is affected by passporting, by which he means the ability of banks to access the EU while having offices in London. He said the Swiss bank is “well positioned” in Dublin and Luxembourg.

Speaking ahead of the Hong Kong edition of the conference Jay Wintrob, chief executive officer of Oaktree Capital Group, said the world is at a point of almost “maximum uncertainty” after the Brexit vote.

You can watch live interviews and panels from all our Markets Most Influential Events on YouTube.

Few would have called George Osborne soft when as Chancellor of the Exchequer he imposed the biggest fiscal squeeze on the U.K. economy since World War II.

Now a victim of the Brexit vote and out of office, Osborne is pushing for a more moderate form of Brexit than that pursued by some in Prime Minister Theresa May’s government.

In his first television interview since being fired by May, Osborne yesterday told Bloomberg’s Jonathan Ferro that the U.K. economy would suffer if there was a “hard” break with the EU.

He advised May to seek “the closest possible economic and financial relationship” with the bloc and to wait until after next year’s German and French elections to begin talks. Those are fighting words to the pro-Brexit camp.

Osborne’s case is undermined a little by the fact he predicted a “DIY recession” before the vote only to see the economy weather the storm, for now at least.

An index of consumer sentiment released today by YouGov and the Centre for Economics and Business Research rose for a second month in September.

Still, Osborne seeks risks aplenty if the negotiations go wrong. S&P Global Ratings said today the vote will still lop 2.1 percentage points from growth between now and the end of 2018.

“It’s going to be the decisions that we take now which are also going to have a big impact on our long-term economic prospects,” he said.

Trade Secretary Liam Fox expressed confidence yesterday that the U.K. would thrive outside the EU and cheered pro-Brexit economists by saying the U.K. would “continue to uphold” its commitments to the World Trade Organization.

That was interpreted as a sign that Fox was willing to consider severing ties with the EU and its customs union to focus on trade deals elsewhere, while accepting WTO rules and tariffs in the meantime.

Patrick Minford, co-chairman of Economists for Brexit, said trading within WTO rules “is economically the preferred option for long-term prosperity.” Others are less sure, arguing life outside the customs union would mean stricter border controls and regulations.

Pressure is also being applied from the continent. European Commissioner Pierre Moscovici yesterday became the first official to suggest a specific timeframe to start talks as he said “it might be too long” for May to wait beyond the first quarter of 2017.

Former French President Nicolas Sarkozy offered remainers some hope. Sarkozy said yesterday that if he won the presidential election next year he would offer Britain a chance to reverse the Brexit vote by negotiating a new treaty for the region, U.K. newspapers reported.

Meantime, the Nordic members of the EU vowed to work more closely together to compensate for the loss of their ally. “We have decided that we have to deepen cooperation within the Nordic countries on the internal market, trade and quite a few issues where we have been like-minded with the U.K.,” said Finnish Prime Minister Juha Sipila.

European markets were up on Wednesday as Deutsche Bank recovered from a record low and analysts suggested a recent selloff could have been deeper than necessary.

(For more on the veteran negotiators leading the EU approach to Brexit, take a look at this piece by Bloomberg’s Jonathan Stearns and Ian Wishart.)

Writing on Facebook, he expressed bewilderment at Foreign Secretary Boris Johnson’s statements on Turkey, Liam Fox’s attitude to trade, and the government’s approach to defence and security.

That all bodes well, doesn’t it?