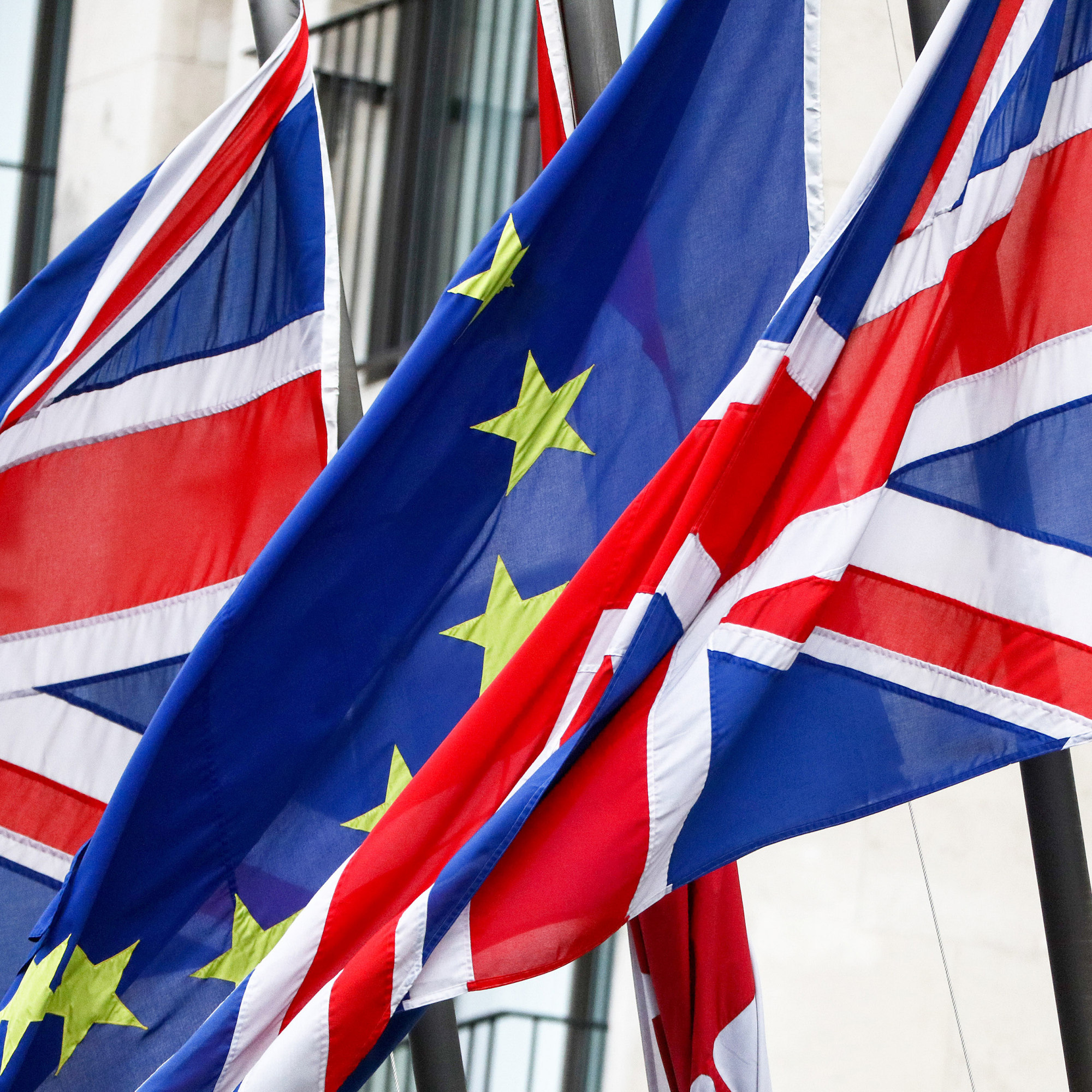 Poll shows May is in touch with the public mood on migration, while the PM says Parliament will debate the “high-level principles” of her EU exit.

Some fifty-six percent of respondents are more concerned about immigration than maintaining trade benefits, while 58 percent approve of May’s handling of the divorce, according to the poll by Survation Ltd for ITV.

The plunging pound, which has lost 18 percent of its value since the Brexit vote, also doesn’t seem to have fueled any regrets: Should another referendum take place now, 47 percent would vote “Leave,” compared with 46 percent who would vote “Remain.”

With the pound slumping and data due on Thursday expected to show a sharp slowdown in GDP, Parliament has a double bill of policy-maker visits today. Chancellor of the Exchequer Philip Hammond will answer questions in the House of Commons in 11:30 a.m. London time, followed by Bank of England Governor Mark Carney in the House of Lords at 3:35 p.m. Questions are likely to focus on Brexit, inflation and Hammond’s Autumn Statement, the mini-budget he’s due to deliver on Nov. 23.

Carney’s future may also be discussed. His self-imposed year-end deadline to decide how long he’ll stay at the Bank of England is approaching, adding another source of uncertainty to jittery markets.

Parliament Gets Debates, not Votes

Lawmakers pushing for greater scrutiny over the Brexit process were given more details yesterday of what their role would be — but not given more clout. May said there will be a series of debates on “the high-level principles” of the government’s negotiation plan. They won’t get a vote, and neither will they get “every jot and tittle” of her negotiating stance. Bloomberg’s Rob Hutton has more here.

Holders have lost about 10 percent in as little as seven weeks on long-dated notes issued by Vodafone Group, British American Tobacco and WPP. The bond sales took place after the central bank announced plans in August to buy corporate debt. Since then the mood has soured amid mounting expectations of a hard Brexit, sterling’s tumble and the inflation outlook. Bloomberg’s Joe Mayes has more here.

Brexit has been good for Marmite sales, at least temporarily. The pricing spat between Tesco and Unilever, which was provoked by the decline in sterling and culminated in the supermarket withdrawing Marmite online, may have reminded Brits how much they love the iconic breakfast spread. Sales rose 61 percent in the week ended Oct. 15 compared with the same period a year ago, according to data compiler IRI.