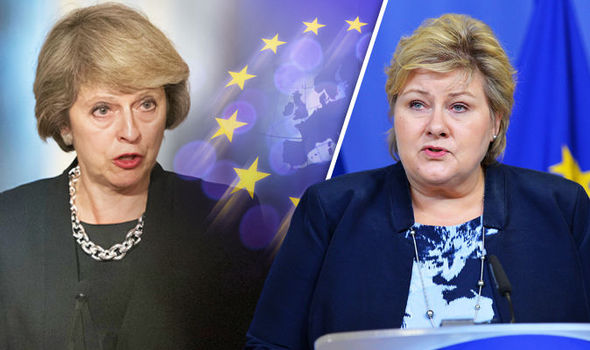 Norway has presented the UK with a major Brexit stumbling block

Oslo has said it may throw a huge spanner in the works by vetoing any future UK membership of the European Free Trade Association (EFTA) over fears such a large country would dominate the small group.

The threat, made by a senior Norwegian minister this week, could seriously weaken Theresa May’s hand when she heads to Brussels for crunch talks over Britain’s EU exit deal.

Remaining in the single market through EFTA whilst still leaving the EU – a stance known as the Norwegian model – was one of the key options on the table for post-Brexit Britain.

However, membership of the club requires accessions Brussels’ four freedoms including the freedom of movement, which would have been squarely at odds with Mrs May’s promise to curb EU migration. 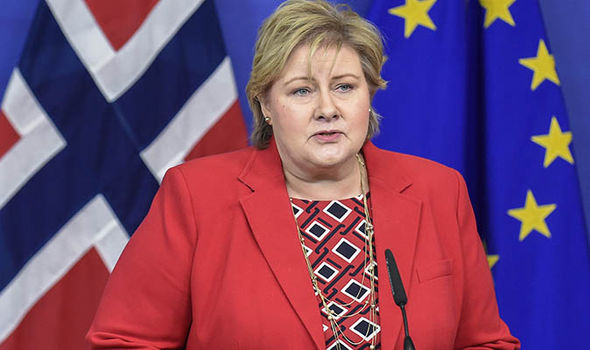 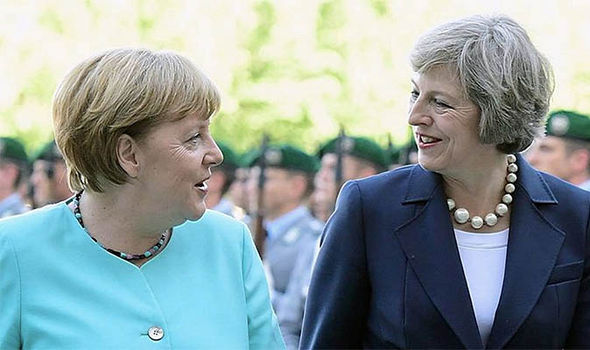 Senior Norwegian government members are now set to hold talks with Brexit minister David Davis in the next few weeks to try and thrash out the countries’ two positions on Britain leaving the 28-nation bloc.

During discussions they will likely voice their concerns over a country with the size and economic clout of Britain joining the EFTA club, which would significantly alter the balance of power.

Norway is currently the biggest country in EFTA with Iceland, Liechtenstein and Switzerland the other members. Britain would only be able to join if there was a unanimous agreement between all four countries, with each wielding a veto.

Norway’s European affairs minister, Elisabeth Vik Aspaker, said: “It’s not certain that it would be a good idea to let a big country into this organisation. It would shift the balance, which is not necessarily in Norway’s interests.”

She added Norway was hoping for more clarity on Britain’s position, and potential membership of EFTA, following an EU special summit in Bratislava in September and the Conservative party conference in October.

But she added countries in the group have grave concerns UK membership would require a number of important trade deals to be redrawn to take into account the clout of the British economy.

During the referendum campaign some Norwegian government members, including the prime minister, Erna Solberg, urged British voters not to seek EFTA membership, saying: “Do not leave the EU, you will hate it.”

They argued Norway pays a high price for access to the single market through its loss of sovereignty, because the country is bound by EU decisions without getting to vote on them.

Without joining EFTA Britain would be unable to access the single market through the European Economic Area (EEA) meaning the only option would be to strike a trade deal with the EU – something which could take up to a decade.

Labour leader Jeremy Corbyn has been one of a number of British politicians to advocate possible membership of the tiny group.

And there is some support for Britain joining in Norway, where politicians believe having a country the size of the UK at the table would allow them to renegotiate their own relationship with Brussels.

Audun Lysbakken, the leader of Norway’s Socialist Left party, has argued that the EEA agreement should be renegotiated with the UK’s help, saying countries “outside need a better model for cooperation with the EU than the current EEA agreement”.

He said: “Throughout the spring, the government has been adamant that the EEA is not a good model and it is not something they would recommend to the British. Now they suddenly want to leave it as it is.

“The EEA has created a significant democratic deficit through importing laws over which Norway has little influence.”

Polls in Norway have suggested voters are divided over whether Brexit will be good for the country or whether it will signal the beginning of the end for the EU.

Nearly 70 per cent of people oppose Norway seeking to join the EU, despite the political classes being largely pro-Brussels.