Brazil questions WTO on US surcharge for Brazilian steel 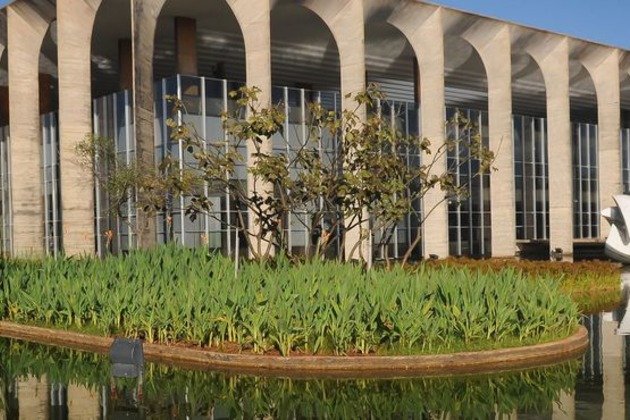 Brazil questioned this Friday (Nov. 11) the World Trade Organization (WTO) on surcharges imposed by the United States for importing Brazilian steel. According to the note from the international organization, the Brazilian government has held consultations on the matter.

Brazil claims that the measures adopted by the United States disagree with several procedures and provisions of the Agreement on Subsidies and Countervailing Measures and with the General Agreement on Tariffs and Trade (GATT), the latter from 1994.

According to the WTO, the request for consultations formally initiates a dispute in the international body. At this stage, the parties have an opportunity to discuss the matter and to find a satisfactory solution. After 60 days, if consultations have failed to resolve the dispute, the complainant may request adjudication by a panel.

The questioning on the surcharge for the Brazilian steel had already been announced by Foreign Minister Josamp;eacute; Serra in September after the first meeting of the Foreign Trade Chamber (CAMEX), after it became part of the Ministry of Foreign Affairs.

Also on Friday, the Ministry of Foreign Affairs confirmed by note that the Brazilian representatives from the WTO received a preliminary panel report on tax benefits questioned by the European Union and Japan. The questioning includes tax breaks and reduction to the Tax on Industrialized Products (IPI).

The statement does not reveal the content of the WTO report because, according to the ministry, the document is a confidential, and its content will only be published after the final report is released on December 14. The government only reported that it will examine the preliminary report.

The statement pointed out that the government ‘will address all remarks considered relevant to be examined by panel members before its final decision, which will be subject to appeal.’ The ministry also said that the contested programs are important for the country’s economic and technological development, as well as for environmental sustainability.