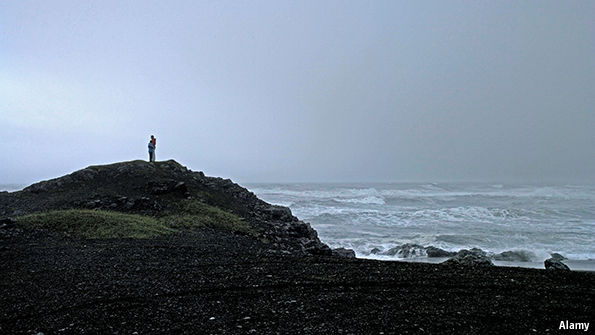 AS THE referendum on June 23rd draws near, the campaign is becoming increasingly bitter. David Cameron has accused fellow Tories like Michael Gove, the justice secretary, and Boris Johnson, the former mayor of London, of “resorting to total untruths”. The Brexiteers retort that the prime minister is panicking after polls put the Leave side narrowly ahead.

The economy is still the Leavers’ weakest point. They are especially vulnerable to the charge of not setting out a preferred alternative trading relationship with the EU. Mr Gove has talked airily of a free-trade area from Iceland to Turkey, implying that a post-Brexit Britain would automatically be in it. Yet this is overly simplistic. The EU’s single market is far deeper than a free-trade area, and most trade deals with the EU are incomplete and come with costs.

The Leave campaign’s reticence may seem odd, as there are obvious examples of European countries outside the EU. Iceland, Liechtenstein and Norway are in the European Economic Area (EEA). This gives them access to the single market, although exports are subject to checks for rules of origin that Open Europe, a think-tank, says would, if applied to Britain, cost it almost 1% of GDP. Switzerland has two bilateral deals with the EU that achieve broadly the same result (though, crucially, they do not include most financial services). These four countries are richer and have lower unemployment than the EU. If they can have the heaven of free trade without the hell of EU membership, why can’t Britain?

Iceland may help offer an answer. The reason it has stood aside from the EU is fish, which still make up one-third of exports (though tourism has just overtaken it in its share of GDP). Icelanders know that the EU’s common fisheries policy was a disaster, whereas they have managed their fish stocks well. Moreover, their highly protected farmers do not want European competition. The solution is the EEA, which excludes fisheries and farming but allows them to sell freely to the European market.

Even so, after its banking meltdown in 2008, Iceland applied to join the EU, because it needed financial stability. Many Icelanders wanted to dump the unreliable krona for the euro. But the euro crisis and a change of government scuppered the idea. Iceland is no longer formally a candidate. Lilja Alfredsdottir, the foreign minister, says the country has recovered from its financial crash and is now happy to remain in the EEA. Indeed, she argues that it has done better than euro-crisis countries because it was able to devalue and kept greater control over the policy response than, say, Greece or Ireland. By retaining precious sovereignty, she says, Iceland has the best of both worlds.

Yet many Icelanders disagree, and not just because it was really the IMF that dictated policy in 2008-09, as it did for the euro zone. Politicians like Benedikt Johannesson, who has just founded a new political party, are calling for a referendum on the resumption of EU membership talks. Critics highlight three other awkward facts about the EEA. First, its members (and Switzerland) are obliged to accept free movement of people—indeed, unlike Britain, all are in the Schengen passport-free travel zone (see table). Second, all have to make large payments into the EU budget: in Norway’s case, some 80-90% what Britain pays per head, in Iceland’s only slightly less and in Switzerland’s about half as much.

Third and most contentious, EEA members (and Switzerland) must observe almost all the EU’s rules and regulations if they are to keep access to the single market. Norway implements almost 75% of EU legislation, despite having no say in any of it. A big Norwegian report in 2012 concluded mildly that “this raises democratic problems.” Baldur Thorhallsson, a political scientist at the University of Iceland, is more emphatic: he says EEA countries suffer a double democratic deficit, part arising from the EU’s own failings, the rest from the fact that they are not even at the table to discuss legislative proposals.

Ms Lilja Alfredsdottir responds that a small country like Iceland would have little influence even if it were in the EU. But Olafur Stephensen of the Icelandic Federation of Trade says this is not the real point. What EEA countries lack, he says, is detailed knowledge of what is going on as well as contacts with the Brussels institutions and with other EU countries. This works to their disadvantage. Businesses in Iceland often criticise the government for its tardiness in implementing EU rules it has only just heard about, which can create problems for sellers into the single market.

What about the ability of EEA countries and Switzerland to strike trade deals with other countries? Brexiteers point to deals that Iceland and Switzerland (but not the EU) have managed to do with China. Yet these are shallow and one-sided. Switzerland has promised to cut tariffs on Chinese goods immediately, while China has promised to reciprocate only over the next 5-15 years. European countries outside the EU will also be excluded from the EU-Canada free-trade agreement, and from a putative Transatlantic Trade and Investment Partnership with America.

If these countries offer a poor model for Brexiteers, are others better? Turkey is in a customs union with the EU, but only for some goods, and not for services; it, too, falls outside EU trade deals with other countries. Balkan countries (Mr Gove has cited Albania) have association agreements that give access to the single market, but these are part of the process of accession, and they too exclude services. A Canadian-style free-trade deal is more promising as it excludes free movement of labour, EU rules or payments into the EU budget. But it does not include all goods (car exports are subject to tariffs, for example), nor does it include financial services.

So Brexiteers may hope instead for a bespoke deal for Britain that gives access to the single market without EU rules, free movement of people or budget contributions. But this is a delusion. The EU cannot be generous to a post-Brexit Britain for fear that others (including the EEA) might demand the same. As evidence, consider what happened when the Swiss voted in early 2014 to restrict migration from the EU. The EU has refused even to discuss it: if the Swiss impose restrictions, they will lose access to the single market immediately.

Finally, some Brexiteers suggest giving up the single market and falling back on World Trade Organisation rules, and unilaterally abolishing tariffs. Yet as the WTO’s director-general says, this is not a simple or cost-free option. It would mean tariffs on British exports to the EU, and no direct access for financial services. It would require Britain to renegotiate access to the 53 countries that have free-trade deals with the EU. And farmers, manufacturers and others would fight unilateral scrapping of tariffs, which would also mean a loss of leverage to open other markets.

It is hard not to conclude that, even if EU membership has unsatisfactory aspects, it beats all plausible alternatives. No wonder the markets are nervous about the result.