Are Trump and Sanders right about trade? 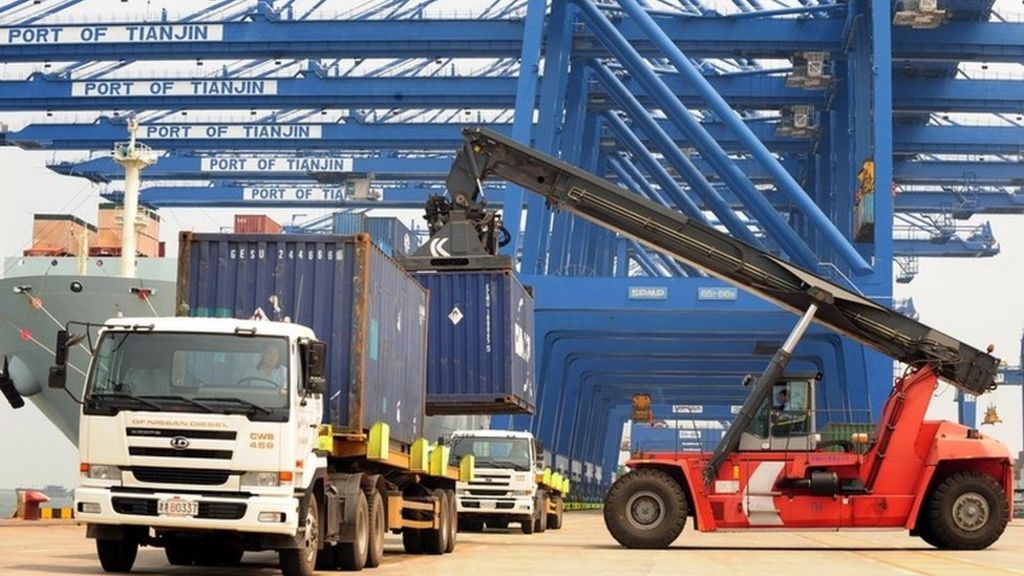 Would Donald Trump “wreak havoc on world trade” if he became US president?

That was the question posed in a recent Wall Street Journal column.

Meanwhile, an article in Forbes magazine describes another non-mainstream figure still in the running for the White House, the Democrat Bernie Sanders, as not having the “first inkling of what [trade] is and why we do it”.

Let’s put aside the question of how likely it is that either will become the 45th president. The fact that both have raised the issue of trade in rather striking terms is still a sign of something wider going on in US politics.

Both have expressed profound concerns about the impact of international trade on the US economy and workers. As the quotes above show, both have caused alarm or scorn among enthusiasts for trade liberalisation.

Both would represent a marked departure from decades of US trade policy which has, with some diversions on the way, followed this path.

For Mr Trump, much of the focus is specifically on China: “Since China joined the WTO [World Trade Organization in 2001] Americans have witnessed the closure of more than 50,000 factories and the loss of tens of millions of jobs. It was not a good deal for America then and it’s a bad deal now.”

He told the New York Times that he would favour a 45% tariff on imports from China, although he has subsequently said the proposal is a threat to get China to “behave”.

He wants to put “an end to China’s illegal export subsidies and lax labour and environmental standards. No more sweatshops or pollution havens stealing jobs from American workers”.

Mr Sanders is not so far away. A release on his campaign website after a speech in Pennsylvania says: “The North American Free Trade Agreement [Nafta, which involves the US, Canada and Mexico] cost 850,000 good-paying jobs in the United States, including 26,300 in Pennsylvania. Normalized trade relations with China [following China’s accession to the WTO] led to the loss of 3.2 million jobs including 122,600 in Pennsylvania.”

Both are also exercised about the trade deficit – the fact that America buys more foreign goods than it sells abroad. They see that as a result of unfair trade agreements and as evidence that the US is losing out – “they are killing us on trade” is a phrase that Mr Trump has often used.

That idea is in stark contrast with the view of mainstream economics that trade liberalisation is beneficial for all countries that do it. By removing barriers that raise the cost of imported goods, countries can specialise in producing what they do best, and consumers and businesses can buy goods more cheaply.

That idea, and a desire to avoid a repeat of the Great Depression (which was aggravated though not caused by trade restrictions), is behind the gradual removal of trade barriers since World War Two.

There has been a more or less global effort to do this under the General Agreement on Tariffs and Trade (Gatt) and, from 1995, the WTO. There have also been many smaller scale moves between groups of countries, including what is now the EU.

The US has agreements already in force with 20 countries, including Mexico and Canada, under Nafta. The US has also completed negotiations with 11 other countries for a deal called the Trans-Pacific Partnership and there are negotiations under way with the EU.

The mainstream view that all countries gain from trade liberalisation does not mean that all people do. It’s just that the benefits exceed the losses.

It should thus be possible for everyone to gain, if the winners compensate the losers.

The US, like many other countries, has programmes to help people who lose their jobs and there is one specifically targeted at those hit by international trade, called the Trade Adjustment Assistance Programme.

One commentator described it (and its EU equivalent) as “tiny and relatively ineffective”, adding: “There is little political appetite in the world’s two biggest economies for a more serious attempt at redistributing the gains from trade.”

And that does mean some people do lose from trade expansion. A group of academic economists in the US wrote: “The increase in US imports from China, which accelerated after 2000, was a major force behind recent reductions in US manufacturing employment and… it appears to have significantly suppressed overall US job growth.”

They estimate job losses of at least two million between 1999 and 2011, because of the direct and indirect impact of China’s rise. They don’t attribute all the manufacturing job losses to China and trade, but their analysis points to a real impact from competition from imports.

There is also research pointing to a political impact even before the current campaigns for the presidential nominations.

Analysis at Georgetown University suggests that trade does affect elections. It found that incumbent presidents tend to gain votes in areas where exports have risen, but they lose support where competition from imports has led to increased job insecurity.

And what about the US trade deficit?

Here, things get very complicated. While a trade deficit might be the result of competitive imports, it can also be caused by low levels of savings.

In fact there is a view that the trade deficit is not necessarily a bad thing. A trade deficit has to be financed by borrowing or investment from abroad, which can help drive interest rates down and stimulate job creation.

On the other hand, there is a view that those considerations don’t really apply now at a time when interest rates are already very low. In those circumstances a trade deficit really can cost jobs.

It is curious that this issue should come up so strongly now. The US jobs situation is improving. The unemployment rate is 5%, and the number of people with jobs has increased by more than 600,000 this year.

The Nobel Prize winning economist, Paul Krugman, wrote: “A protectionist backlash, like an immigration backlash, is one of those things where the puzzle has been how long it was in coming. And maybe the time is now.”