Analysing the political economy of nationalism 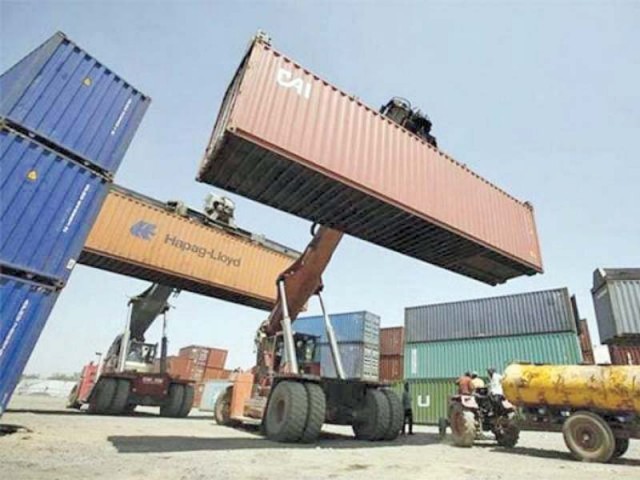 Pakistan has one of the most restrictive trade policies in the region and relies heavily on taxes on international trade for revenue mobilisation. PHOTO: FILE

From the UK referendum on Brexit to the victory of Donald Trump in the US, the sentiment against globalisation has led to the election of politicians that successfully capitalise on public resentment against the forces of global integration.

In June 2016, the UK held a referendum, whether to withdraw from the membership of the EU, where majority of the voters voted in favour. The referendum also led to the resignation of David Cameron and his cabinet and the election of Theresa May with a more conservative cabinet and a nationalist agenda.

The results of this referendum were in sharp contrast to a similar referendum in 1975 where an overwhelming majority of the voters opted in favour of UK joining the European Economic Community.

In the forthcoming presidential elections in France, the far right political forces with a slogan of legislative, territorial, economic and monetary sovereignty are giving a tough fight to the ruling party. There is a strong apprehension in Brussels of Frexit where France might opt out of the EU.

In the US, Donald Trump got a convincing victory in the Electoral College against his opponent on the promise of bringing back manufacturing jobs and “Make America Great Again” slogan.

Trump also promised to his voters to take tough measures against China by imposing punitive tariffs, build a wall on the Mexico America border to stop influx of immigrants and scrap a number of trade deals including North America Free Trade Area (NAFTA) and Trans Pacific Partnership (TPP).

Trump accused China of currency manipulation that is hurting the domestic industry of the US. In his election campaign he announced punitive tariffs of 45% on imports from China that most analysts believe would lead to a global economic crisis. These measures could lead to a decline of $450 billion in China’s export to the US and may cost Chinese economy losses equivalent to 5% of its GDP.

In 2015, US imposed anti-dumping duties on steel products from China that brought the global steel prices to a downward spiral. But the measures now being contemplated go beyond one product and cover the full gamut of China’s exports to US. The announcement by Trump that US will not ratify TPP has dampened the global sentiment for trade liberalisation. The TPP includes 12 major economies of the world that took a decade of hard negotiation to conclude a trade liberalisation agreement covering 40% of global trade. If the US ops out of TPP, it will not add value to the remaining 11 contracting parties to ratify the agreement.

Whether these electoral pronouncements by Trump were mere political slogans from a demagogue or serious threats from a statesman, we will have to wait and see. Even before Trump has assumed office, his team has started a media campaign to save around 1,500 jobs that were being shifted to Mexico by one of the major US-based industrial concerns. Trump has been able to persuade the US industrial concern not to shift jobs overseas after threats of punitive tariffs on imports from Mexico. These measures provide us a glimpse in to the future US policies.

This protectionist sentiment in US and Europe should be a cause of concern for policymakers in Pakistan. The export sector in Pakistan is already struggling to compete in the global market. Despite a number of incentives, the exports this year is expected to remain below the psychological barrier of $25 billion.

Pakistan is one of the beneficiaries of the US Generalized System of Preferences (GSP) that provides duty-free market access to developing and least developed countries in the US market. Similarly, Pakistan is one of the qualifying developing countries included in the EU GSP Plus Scheme. The GSP schemes may not be under imminent threat but the public sentiment in the west requires due preparations for any forthcoming surprises.

The Pakistan government has no option but to address the structural issue that is affecting the growth of its exports sector. In the region, Pakistan has one of the most restrictive trade policies; where Pakistan relies heavily on taxes on international trade for revenue mobilising.

Consequently, Pakistan trade-to-GDP ratio is on a downward spiral from 13.5% in 1995 to 10% in 2015. Pakistan’s overall market share in global trade is also coming down at an average of 1.5% annually over the past decade.

Pakistan also needs to introduce trade facilitation measures under the World Trade Organization Trade Facilitation Agreement (TFA) to improve the competitiveness of its exports sector. The implementation of TFA could reduce the transaction costs for exporters by as much as 15% and help the industry integrate with the global value chain.