Africa’s Big Tomato Pickle: Miner Grubs Are Wiping Them Out 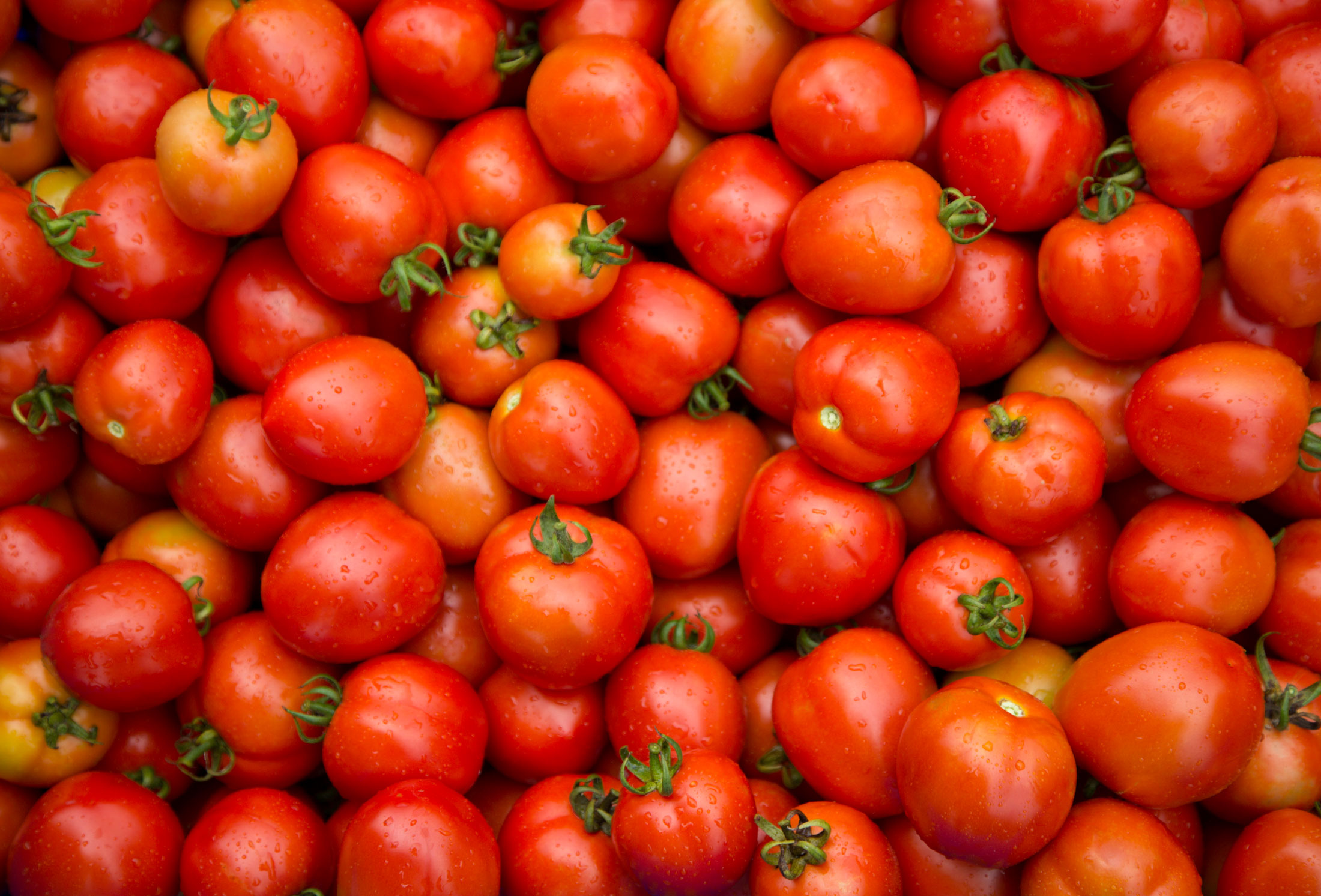 Yusuf Ibrahim, a tomato farmer in Kano, Nigeria, has lost almost 90 percent of his crop this year to Tuta absoluta. That prices for the fruit are 15 times higher than before the outbreak of the pest is little consolation; he can’t afford to plant the corn and rice he normally does after harvesting tomatoes.

Since arriving from South America via Spain in 2008, Tuta absoluta, also known as the tomato-leaf miner, has spread across at least 15 African countries. The moth that’s about the size of a headphone jack landed in Nigeria, the continent’s biggest economy, in 2015. The main tomato-producing region’s government declared a state of emergency, and Africa’s richest man, Aliko Dangote, had to halt output at a $20 million processing plant due to lack of supply.

“The farmlands look abandoned, dry but with wilted plants,” Ibrahim said on June 6. “After harvesting tomatoes, most farmers go for maize or rice farming on the same land, but most of the land isn’t being used because of losses. The don’t have enough to go for another round.”

The fruit is used to enhance staple starch dishes across the continent, including jollof rice in the west and as a sauce poured over a stiff, corn-based porridge in South Africa. The continent exported almost $800 million of tomatoes in 2015, or about 10 percent of the world’s total, according to the Geneva-based International Trade Center. It produced $6.9 billion of the fruit in 2013, the Food and Agriculture Organization estimates.

Tuta absoluta broke out in Zambia last month, raising the threat of infestation in surrounding countries. While the pest is yet to be detected in South Africa, the risk rises as it spreads, Jan Hendrik Venter, a plant health early-warnings scientist at the nation’s Agriculture Ministry, said by e-mail.

“Tuta has the potential to effectively eliminate tomato from the agricultural cycle,” Richard Hopkins, head of pest behavior at the London-based University of Greenwich’s Natural Resources Institute, said by e-mail.

Tuta absoluta kills plants and damages fruit as the moths lay eggs, which hatch into caterpillars that burrow into leaves and stems, according to pest-management company Koppert BV. It can develop pesticide resistance in one season. It’s an alien species, so few natural predators exist outside South America. It does best in warm climates, and Africa offers ideal conditions for it to produce as many as 12 generations annually, with each female laying an average 260 eggs. It also preys on potatoes, eggplants, peppers and tobacco.

Mannir Usman is one of the few sellers at Kano’s Sharada market who’s been able to secure supplies, though they’re much smaller and 20 times the price. They came from Gboko, more than 500 kilometers (311 miles) to the south, where the pest is yet to arrive.

Abdulkadir Kaita, the manager at Dangote’s tomato-processing factory, hasn’t been as lucky. Supplies started dwindling two weeks after production began earlier this year, forcing it to shut. “We are losing more than anybody as the factory isn’t running.”

“This is going to cause havoc,” said Shakir Al-Zaidi, managing director at Russell IPM, a U.K.-based pest-management company that’s been fighting Tuta absoluta for 10 years. “Until it hits, nobody’s ready and there’s total devastation. Eventually the farmer will find a way to deal with it, but at a cost to the consumer’s health.”

Growers usually increase the amount and frequency of pesticide applications after an outbreak, said Rangaswamy Muniappan, director of integrated pest management at Virginia Polytechnic Institute and State University’s Office of International Research, Education, and Development in Blacksburg, Virginia. Farmers in developing countries often use formulations banned elsewhere because it’s all that’s available, increasing risks of cancer and damage to nervous systems, he said.

Since arriving in Europe, Tuta absoluta spread throughout the Mediterranean and north Africa. The Sahara desert created a buffer zone, but when it got to Senegal and Sudan in 2012, its move to surrounding nations was rapid. Asia too is under threat, with the grubs invading India in 2014, and expected to arrive in Nepal and Bangladesh this year. It spreads through infected seedlings, contaminated fruit or reused crates and boxes.

Farmers have tried controlling Tuta by rotating pesticides so the insects don’t get the chance to develop resistance, and by using pheromone traps, where scents mimicking a female ready to mate attract males, which then stick to glue-covered paper. While helpful to detect the pest’s arrival, the devices are “totally useless” as a mass trapping method because they catch a few dozen out of thousands of moths, Al-Zaidi said.

He recommends a combined solution of farmer education, and applying the metarhizium anisopliae fungus to the soil which kills the insects in their pupal stages. Trials in Tanzania last year showed this to be effective, and Russell IPM is selling the fungus commercially there. Next month, Al-Zaidi will demonstrate it in Nigeria. There are no side effects to humans, he said.