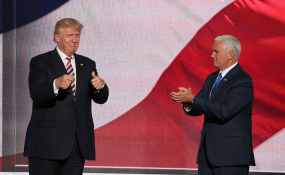 Generally, across Africa there is a tendency by leadership at almost all levels to narrowly look inwards as they try to address current challenges gripping individual economies.

Subsequently, measures recommended to address these challenges have largely failed to deliver results. Not only is such a posture pervasive throughout all spheres of society, but even more prominently, it accounts for the reduced presence and participation of local economies on the global arena which, in many ways, curve out individual countries’ share of the global pie.

Our distant past reveals a rather similar scenario in the aftermath of the 1884-85 Berlin Conference — a sharp reminder which we must constantly draw from in charting our way forward. The somewhat inescapable borders curved by the Berlin Conference in parcelling out the African territory to colonial countries is in itself testimony to the grave implications of realities whose framing excludes our input.

In the same vein, recent developments on the international scene in the form of Brexit and more recently the United States elections signal enormous political tectonic shifts whose repercussions impose on us a fresh need, if not a duty and even a responsibility, to ingeniously secure our place, as Africa, on the global arena.

The epicentre of these seismic shifts in global politics revolve around critical issues of interest to all of us. These global developments resemble a growing need for more platforms that actively engage a population which has morphed into new demographics with new drivers of reduced cultural barriers and more deepened technologically-enabled connections and with such better choices promised by a plural world.

Zooming in more closely, it is strikingly clear that events have yet again taken a new and somewhat worrying turn towards what appears to be an uncertain and unsettling future.

Brexit is a populist catchword referring to the on-going process through which the United Kingdom (UK) is withdrawing from the European Union (EU) common market. At the same time, the recent elections in the world’s leading nation, the US, have brought about the biggest upset in the history of the slightly over 200-year old democracy. The elections saw real estate mogul Donald Trump romping to victory, winning by 290 Electoral College votes to Hillary Clinton’s 228, flipping states that have been the Democratic Party’s firewall to the Republicans.

Trump’s campaign process was fraught with bigotry attacks on minorities, making him an unlikely US president from a liberal standpoint and the world at large.

Both Brexit and the US elections share important commonalities; firstly as products of so-called democracies, in this case matured democracies; and secondly, the outcome of both events were predicted unlikely by mainstream media houses, Fox News, CNN, New York Times, BBC and polling agents and most prognosticators. The effects of both events were almost immediate to the point that, in the case of US elections, markets responded by falling, the futures market particular fell by almost six percentage points only to recover after some assurances in the post-election speeches of president-elect Trump.

These speeches took a new turn highlighting a somewhat departure from election campaign hardline stance on issues of immigration and border control, rescinding of trade deals signed or still in the process of being signed by President Barack Obama and a pro-protectionism stance, et cetera, et cetera.

Events after Brexit vote to leave the EU saw the British pound falling by 13 percent against major currencies and currently trading at 1,1 against the US dollar. World markets are clearly having trouble comprehending the full implications of such events. On-going debate citing such issues as hard or soft Brexit are sharply dividing Europe, stiffening the competition for business between London and other key European cities such as Paris, with the latter already angling for those large vertically integrated conglomerates who may look to move their head offices from London.

At another level, the debate is turning distant friends into rivalries with the Eurogroup leader recently attacking UK’s foreign secretary Boris Johnston over his comments that the UK could leave the customs union while maintaining free trade with Europe, describing it as “intellectually impossible” and “politically unviable”.

Interestingly, both these events could be seen as the unravelling of globalisation, both the good and the bad, sparking new debates across the globe.

Globalisation is a concept referring to an integration process across the world’s geography of pertinent issues to humanity. The concept is also informed by issues of commerce, culture, human rights and law among others. However, magnanimous this process of globalisation is, it is not without its blind spots. The concept is now being recast in slightly a different light than the one it has enjoyed and to now focus on its less persuasive side, which is in a way quite unsettling to the current world order.

The need for strong border control to reduce illegal and undocumented immigrants saw the leave campaign urging those who voted to stay in the Brexit vote; and in the same vein American voters chose an outsider, Trump, over establishment Clinton over same issues with Trump promising to go further and build a wall on the American and Mexican border to practically cut off Mexican immigrants, who constitute the biggest percentage of the 11 million illegal immigrants in the US.

Other issues of key interest, both to Trump’s voters and the Brexit leave campaign, were issues of trade and keeping Jobs in both the UK or US territory against a background of shipping jobs offshore; Brexit even came with the promise of more flexibility in going it alone to negotiate trade deals on individual bases as opposed to doing it at the level of the EU. Trump has also promised to cut back on deals that disadvantage the US and pulling out of what he calls the worst deals.

A strong case is no doubt being made to roll back globalisation and the issues that must concern us, from an African perspective, are some of the liberal gains that are in sync with our agenda and more at large the agenda of humanity.

More facts point to the compelling arguments for globalisation and, to that end, we must coalesce around it while fixing its problems. Globalisation has evidently reshaped the global economic landscape and with it transformed the lives of many from previously marginalised corners of the earth.

This welcomed force lit up the South East Asian block and other countries such as Brazil and Mexico in the Americas and somewhat African countries, Nigeria being a case in point forcing the coining of a new term “emerging markets”.

The lesson that should not slip through our fingers especially for Africa is the haste with which these countries ceased the opportunities by not drowning such opportunities in a sea of bureaucracy and endless talk on how slavery and colonialisation disadvantage us as if these problems are unique to Africa only.

In so little a time China, Malaysia Brazil and Mexico had achieved what others had taken long to achieve going back to as far as the industrial revolution.

On another front, China made use of her new found advantages to negotiate a deal that saw her join the prestigious World Trade Organisation.

Meanwhile, the only presence Africa seems to be registering manifests itself more vocally in the misplaced priorities to leave the international Criminal Court (ICC). The simple facts of this move are that, whether good or bad, it only benefits a few among us; its catchment area is the ruling elite, most of whom are seeking to escape the consequences of their actions as opposed to championing programmes that benefit and bring inclusion to more people.

The amount of energy coalescing around this one issue of leaving the ICC is morally troubling especially when the liberal world order is at stake.

The liberal order offers more for Africa especially when we embrace its good aspects that require leadership which is apt, unwavering and sees the world through the correct lenses.

Nationalism across the African peninsula has masked the darker forces of corruption and downright under-performance of government officials. An urgent call to re-examine and re-define government role is as strong today as the call to liberate the continent from the scourge of colonialism.

Government cannot be an end in itself, but a means to an end.

Efforts to sustain the liberal order that embraces our diversities must be truly global and Africa should horn its deal negotiation skills so as to be an indispensible global player.

Knowledge Kadzura is president and chief executive officer of Global Power Bridge International and writes here in his own personal capacity.