DAKAR, Senegal, Apr 28, CMC –African, Caribbean and Pacific (ACP) countries say they are examining how they can more easily access the stringent measures imposed by the European Union on Illegal, unreported and unregulated fishing.

The ACP Council of Ministers at the end of its two-day meeting here Wednesday, also discussed issues relating to the trade in bananas, sugar and other commodities ahead of the joint ACP-EU Ministerial meeting on Thursday. 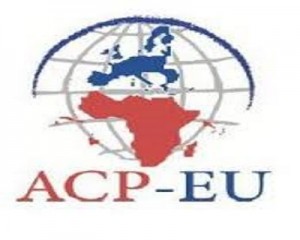 ACP Secretary General, Dr. Patrick I. Gomes, told reporters that only an initial step was made at the World Trade Organisation (WTO) conference in Nairobi last December on the issue of fisheries subsidies.

“You cannot come by the European Union openly, cart blanche and condemn a situation if you have not looked at the measures being taken or also assist with the relevant technical skills or expertise to see,” Gomes said.

The EU earlier this month warned Trinidad and Tobago that it risk being described as being “uncooperative’ in the fight against illegal fishing.

In addition to the Caribbean island, the EU also issued warnings to Kiribati and Sierra Leone that they would receive the yellow card for being “uncooperative in the fight against illegal, unreported and unregulated (IUU) fishing”.

The EU said that its decision is based on its IUU Regulation, which entered into force in 2010. This key instrument in the fight against illegal fishing ensures that only fisheries products that have been certified as legal can access the EU market.

Since November 2012 the Commission said it has been in formal dialogue with several third countries which have been warned of the need to take strong action to fight IUU fishing.

It said formal dialogue is being held with Curacao, the Solomon Islands, Tuvalu, St. Kitts and Nevis, and St. Vincent and the Grenadines, Thailand and with Taiwan.

Gomes told reporters that for ACP countries, fisheries will become an important frontier where they will have common guidelines, noting for example that in this way, a fishing agreement with China, Taiwan or other countries would have to subscribe to certain provisions that would help the ACP fishing capacities and reduce depletion of resources or other adverse effect, Gomes said.

“So we are going to be giving very special attention to fisheries, our coastal societies, our coastal villages to both deal with deep sea fishing and more artisanal inland, coastal fishing.”

Gomes said that during the two-day meeting, trading issues were addressed under various commodities.

In the case of sugar, a concern was expressed about the common origin of ACP products so that the bloc can have accumulation and not have to accept the labels that would make it difficult to ship sugar in a more cost effective way from one country to another.

Currently, the EU has a requirement about having to identify the quantities of sugar that come from a particular country.

“We would have a common understanding on that, which would help, therefore, sourcing from those counties that may have a high level of production in one year to satisfy the amounts that are needed in the market.”

He told reporters that that the meeting was able to address issues relating to the banana industry.

“The banana and the fruit that is being demanded now needs a lot of technical skills to prevent the loss and damage to the fruit.

“So an accompanying measures programme has been introduced (and) that is roughly EURO 190 million (One Euro=US$1.29 cents) to be allocated among, I think six or seven of our banana producing countries so that their handling and their cultivation and also their harvesting and shipping of the bananas can be enhanced so that they do not reach to the market in a poor condition.”

The ACP is also looking to expand its export of cashew nuts, for which there is a wide market.

Gomes said that nut has been highly successful, with value addition means for processing and employment, particularly of women in agro-processing and packaging, adding that a wide market is there for cashew nut.

He said the successes of the cashew nut in coastal areas of West Africa coastal areas will be transferred to the Caribbean and Pacific regions.

“So, along those lines, we are negotiating very strongly and looking at terms under which our products can go with more value addition to the European market, which is still a very useful market because it is a high priced market and we have to pursue as best we can in our negotiations.”

Gomes, however, said that to do the negotiations, the bargaining skills within the ACP region must be improved.

“And that’s why we have approved a programme now of 35 million for what is called Trade Capacity Building in our countries.”

He said this will have the possibility of moving trained personnel from country or region to another, adding that in his country, Guyana, he benefitted from the trade expert who came form Uganda and helped Georgetown with its trade policy review.