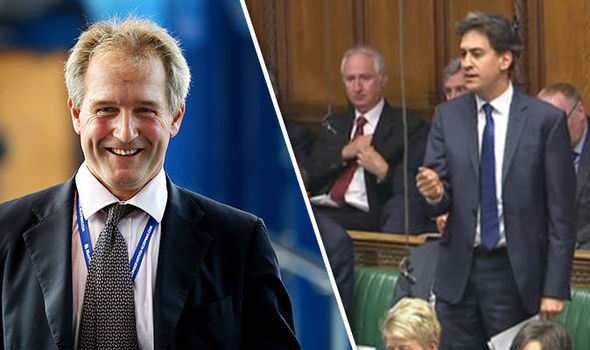 Conservative MP Owen Paterson also hit out at a leaked Treasury paper warning a hard Brexit, with the UK leaving the single market, could cost Britain £66billion a year in lost tax revenues.

Speaking to LBC, Mr Paterson blamed the “doom and gloom” forecast on the “same old gang” who pushed ‘Project Fear’ during the referendum campaign.

He said: “The truth is we are about to grab this wonderful opportunity to become the leading global promoter of free trade.

“There are still elements of the Remain campaign churning out their almost comical gloomy forecasts.”

Mr Paterson compared the report, published in The Times, as having the same likelihood of happening as Britain losing electricity or shutting all its airports.

“It is not going to happen!” he thundered.

“We will continue trading. We will have opportunities in the future to trade much more widely around the world.”

He continued: “These negative forecasts are from the same old gang that did it before, we had it during the referendum campaign.

“This is a massive opportunity for the UK.”

The leaked cabinet paper warns that GDP could fall by as much as 9.5 per cent if Britain leaves the single market and is forced to rely on World Trade Organisation rules for trading with Europe.

It states: “The Treasury estimates that UK GDP would be between 5.4 per cent and 9.5 per cent of GDP lower after 15 years if we left the EU with no successor arrangement, with a central estimate of 7.5 per cent.

On Monday Brexit secretary David Davis hit back at pro-EU MPs demanding a parliamentary vote on the terms of exiting the EU.

“There will be plenty of opportunity to debate in the next two and a half years.”