A deal on Brexit was never going to be easy 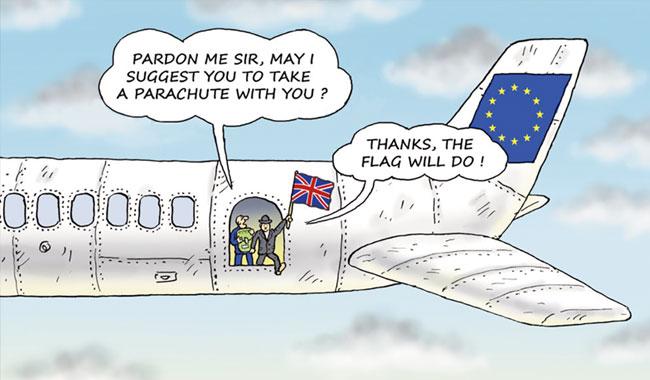 ‘The timing of Brexit, like Brexit itself, will be a delicate balancing act’

Reports out over the weekend suggest that Brexit may be delayed until late 2019 now that the various ministers responsible for the process have started to get to grips with how tricky it will be to extricate the UK from the European Union and establish new trade relationships with the rest of the world.

Of course, the timing of Brexit, like Brexit itself, will be a delicate balancing act. The Government won’t want to start the clock by triggering Article 50 until it is ready (and possibly not until after the French and German elections in May and September next year).

However, if it is seen to be dragging its heels, it will face increasing pressure from fervent Brexiteers and the EU’s remaining 27 members who want Brexit done and dusted before the European elections in June 2019.

Time will tell how realistic that is. Charles Grant, the director of the Centre for European Reform, believes that the UK needs to conduct five interconnecting sets of trade negotiations (actually he identifies more but I’m going to leave out those on foreign, defence and security policies for the sake of simplicity).

These are – deep breath – the UK’s legal separation with the European Union; a free trade agreement with the EU (which will, hopefully but not necessarily, be concurrent to the separation talks); the negotiation of an interim deal to cover the period between the UK separating from the EU (two years after Article 50 has been triggered unless all 27 remaining members of the EU unanimously agree to extend the timeframe) and when the FTA talks are concluded (those between the EU and Canada took seven years and only included limited access to the single market for services); accession to full membership of the World Trade Organisation (which requires the unanimous approval of all 163 members – including countries like Russia and Argentina with whom the UK has somewhat testy relations); and 53 new FTAs to replace those that the EU has with different countries around the world. Phew.

A demonstrator wrapped in a European flag following an anti-Brexit protest following the vote It is clear that the exact sequencing of all these negotiations will be crucial and is likely to pivot on the question of whether the UK retains access to the EU’s single market.

Non-European countries around the world will naturally want to see what kind of deal the UK has with the EU before cutting their own. Some Brexiteers have dismissed the single market as “just a phrase” and highlighted that many countries have access to the EU even without trade deals.

But reverting to WTO rules, as a hastily retracted statement by Liam Fox’s international trade department suggested last week, would result in high tariffs (around 10pc on cars, for example). These could be offset with, say, corporate tax cuts but that will have to be paid for somehow.

It also glosses over the fact that both EU and WTO rules treat services in a much more draconian fashion than goods. And the former are far more important to the UK economy.

That’s why the Institute for Fiscal Studies has concluded that British output will be 6pc lower if the UK doesn’t secure access to the single market.But even the IFS’s worst-case scenario can’t be relied on. The UK would have to draw up a whole new schedule of tariffs to qualify for full WTO membership.

Set them too high and other countries will impose retaliatory measures, set them too low and UK companies will face more competition (something that free-marketeers should welcome but, as the Government’s recent promise to keep paying EU farming subsidies until 2020 highlighted, may be politically tough).

The UK could retain the EU’s tariff schedule, but that might prompt some to question the exact point of Brexit.

Then there are the (arguably more important) non-tariff barriers like the bilateral acknowledgement of regulatory regimes and rules of origin, which determine how much of a good – like a car – actually has to be made in the UK for it to count as British.

Some shortcuts have been suggested. One idea is for the UK to temporarily become a member of the European Economic Area (like Norway) for which it would have to also join the European Free Trade Association while it worked out a tailor-made relationship with the rest of the world.

Norway, Iceland and Liechtenstein are all members of EFTA and the EEA, but not the EU Credit: Getty

That could work (although it would mean we would have to pay into the EU budget and accept free movement and is therefore likely to be unpalatable to many who voted to leave).

However, there is no guarantee that the current EEA members would be happy to accommodate a large country that was only joining for expediency’s sake.What are the alternatives for Britain after voting for Brexit? Play! 01:42

None of this is to argue that Brexit cannot be successfully negotiated. But it will be a long and intensely choreographed dance along a cliff edge.

The hope is that international companies based in the UK – like, for example, foreign banks – will hang around to see whether the UK can pirouette along the precipice without mishap. The worry is that they won’t.