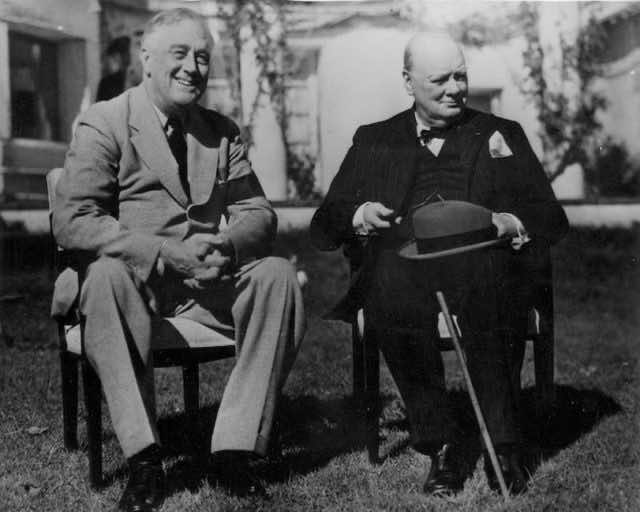 Rabat – January marks the 75th anniversary of the 1943 Casablanca Conference, a meeting between US President Franklin Roosevelt and British Prime Minister Winston Churchill to plan the defeat of both Nazi Germany and Imperial Japan as well as the subsequent creation of a post-WWII order.

French General Charles de Gaulle, a leader of French forces opposed to Nazi domination of Europe, also attended the eleven-day conference held at the Anfa Hotel. Moroccans may not have participated directly in the conference’s strategic discussions, but the spirit and history of the kingdom made their presence felt. Churchill had a deep affection for Marrakech in particular; he called the imperial city the “Paris of the Sahara.” During the conference, he insisted that Roosevelt accompany him to the city for two days.

On January 22, Roosevelt hosted a banquet for Sultan Mohammad V. There are few details (or photos) concerning the dinner, but some accounts note that the American president was eagerly looking forward to meeting the sultan. US General George Patton, commander of the I Armored Corps, made this entry in his diary about a car ride he shared with Mohammad V following the dinner: “I rode with Sultan and Grand Vizier to house of latter. On way Sultan said, ‘Truly your President is a very great man and a great friend of myself and of my people’.” 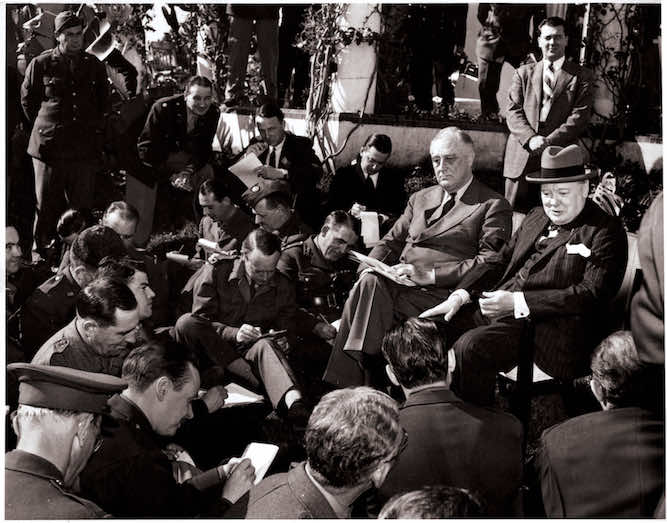 The population of Casablanca in 1943 was somewhere between 400,000 and 450,000. During the war years, the city was a modest commercial center but a major Atlantic port city. Location meant everything during World War II. Two months prior to the Casablanca Conference, Allied troops conducted Operation Torch, the invasion of North Africa in order to expel German troops who were positioned across Algeria, Tunisia and Libya.

The Allied landings, including one just north of Casablanca, hastened the departure of pro-Nazi Vichy French troops from Morocco. Holding a strategic war conference at the intersection of southern Europe, North Africa, the Atlantic Coast of Africa, and the Mediterranean Sea demonstrated the importance of Morocco’s geopolitical location and the determination by Churchill and Roosevelt that the defeat of Nazi Germany must comprehensive (“unconditional surrender”) and that all of Europe must be made safe for free and open democratic societies. 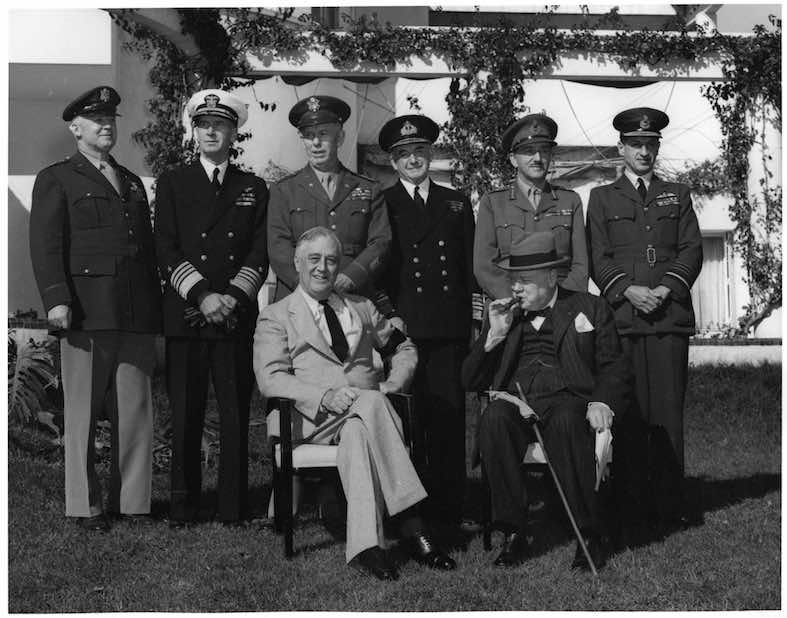 Fast forward to 2018. Casablanca’s location next to a major shipping port and just three hours from London by air make it a physical, geographic and political gateway to all of Africa. Aviation and aerospace giants like Boeing and Thales plan aerospace hubs near Casablanca because of the physical infrastructure and intellectual talent that is present there. State-led investments like Casablanca Finance City, Africa’s leading finance and investment center, represent a commitment to build a modern economy and broad middle class. The Casablanca-Settat region – now home to nearly 7 million people – is responsible for 32 percent of Morocco’s total GDP.

Equal to foreign investment, the city is a snapshot of the current state of regional and international affairs in 2018. Like Casablanca in 1943, when the city served as a destination for European and North African refugees fleeing German forces, today the city is a destination for immigrants from across Africa, from Senegal to Nigeria to Sudan. Today, some 80,000 migrants reside in Morocco, many near Casablanca, Rabat and Tangier. Some want to stay, many want to settle in Europe. Like all big cities, Casablanca will face the challenges that accompany social and economic integration amid a period of profound migration across the MENA region.

The city endures, benefiting from location and an embrace of the growing knowledge economy that will emphasize multilingualism and tolerance of diversity. Churchill and Roosevelt’s Casablanca Conference helped lay the groundwork for the destruction of Nazi fascism in Europe. It also helped build a foundation for a dynamic society in which the important Casablanca conferences in 2018 – from the African Digital Summit in February to the North Africa Renewable Energy Summit in May – are dedicated to a peaceful future. Location is everything.

The views and opinions expressed in this article are those of the author and do not represent any institution or entity.

© Morocco World News. All Rights Reserved. This material may not be published, rewritten or redistributed without permission